A land of mysticism, India fascinates people from all walks of life. Is it just the great monuments, the diverse communities and the flavorsome curries that have created this magical spell everywhere? Or is there more to the country; something so bizarre yet interesting that it overwhelms all your senses? Read on to know more on 5 of the most bizarre rituals and festivals in India! 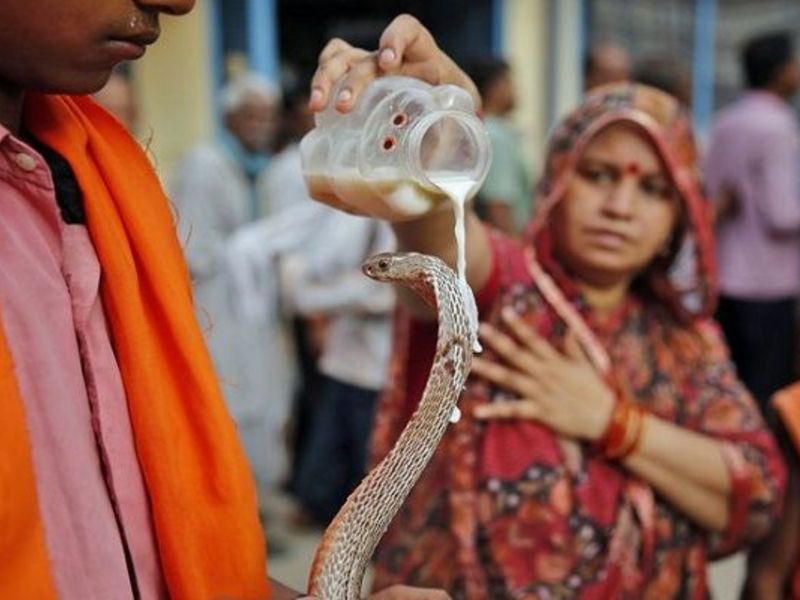 On Naag Panchami, live cobras with their venomous fangs in place, are worshiped by devotees. The rituals include the devotees sprinkling some turmeric-vermillion powder and flower petals over the raised heads of the snakes. Afterward, they are fed with milk, rice, and even rats. The significance of this festival lies in a story in the Hindu mythology where Lord Krishna fights-off a deadly snake called Kalia. The God being victorious in the end blesses the snake to be worshiped on this day and be fed with milk. 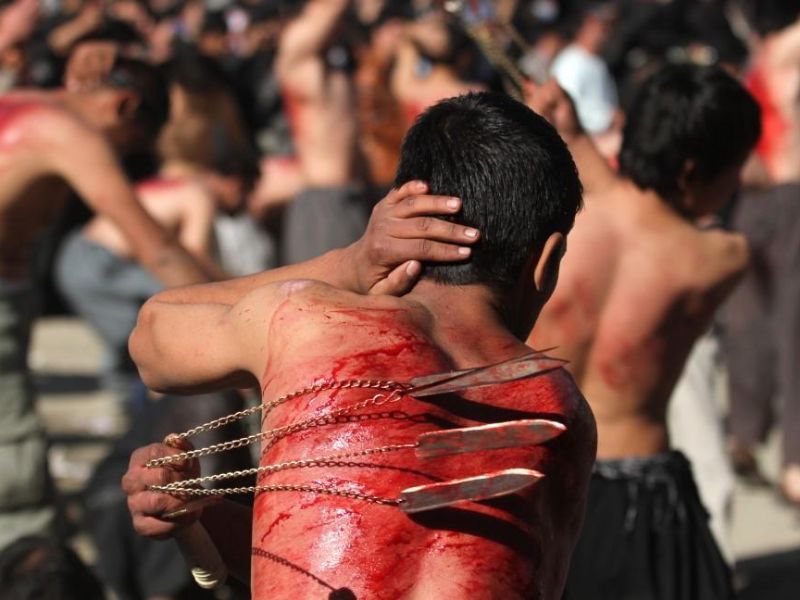 The act of self-flagellation involves hitting oneself with a whip as part of a religious ritual. This is carried out all over India during Muharram, the Islamic holy month of remembrance and mourning. Shia Muslims carry out a procession on the streets wherein their mass indulge in mercilessly whipping their bodies with blades attached to chains. This continues to the point their bodies are soaked in their own blood. This is carried out to commemorate the martyrdom of Hussein, grandson of Prophet Muhammad. 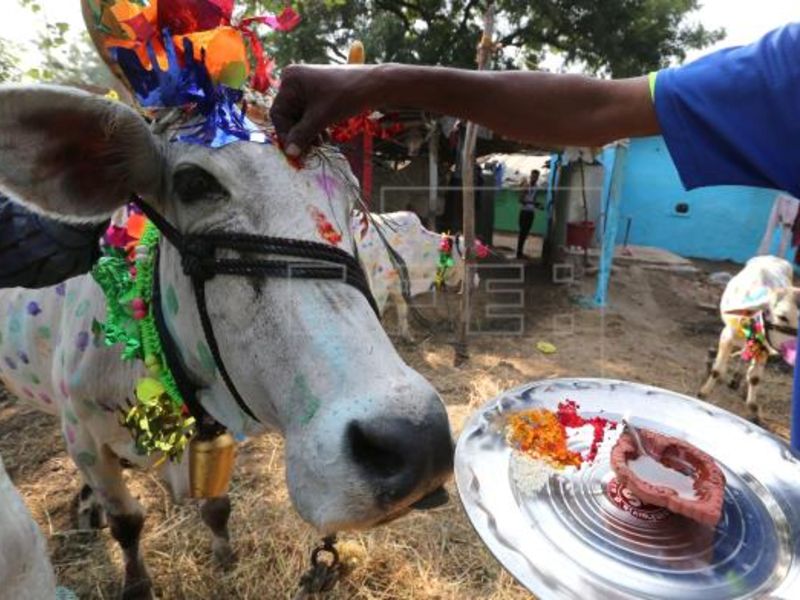 Hinduism reveres many animals, one of them being cows. These animals are considered holy and are also a part of many stories in the Hindu legends. On the festival of Govardhan Puja, a special treatment is given to them wherein they are worshiped and are fed with reverence. The rituals include smearing of turmeric and vermillion powder on the cows’ foreheads and honoring them with garlands of flowers. The rituals of the festival may vary from region to region. 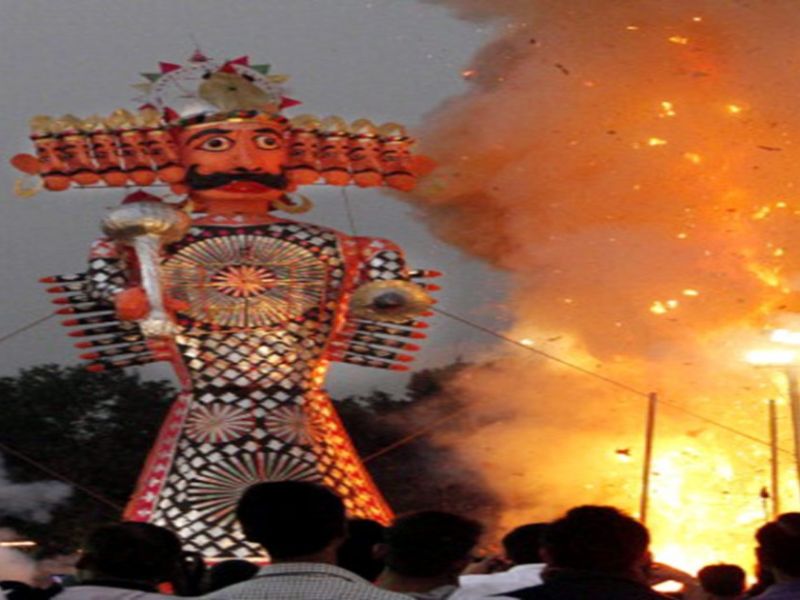 The festival of burning the effigies of the ten-headed king Ravana takes place all over India. According to the epic Hindu mythology ‘Ramayana’, Lord Rama along with his wife Sita and brother Laxmana went into exile for 14 years. During this time, Sita got abducted by the Demon King Ravana. The story of how the Lord fought the king with his army of monkeys and killing him subsequently is depicted through an enactment on this festival. After this, the effigies of the ten-headed king, his brother, and son are burnt to depict the victory of good over evil. 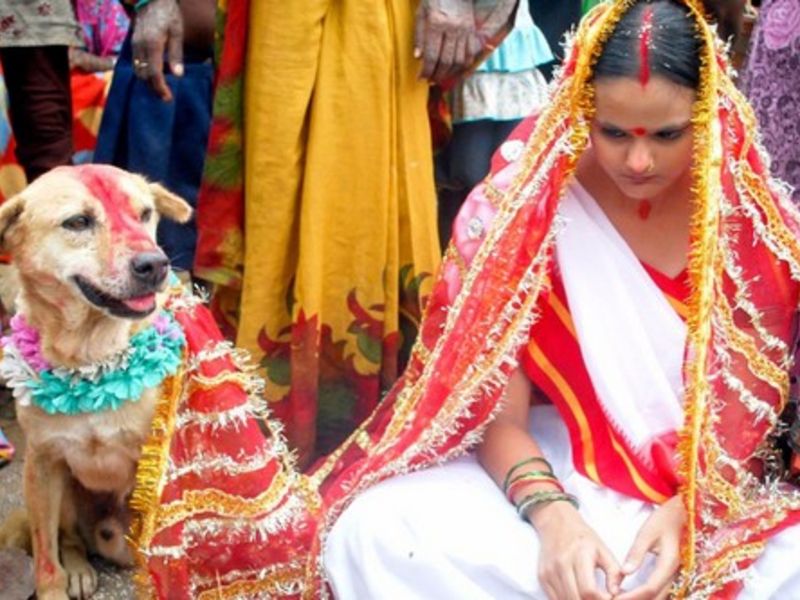 India’s version of exorcism is mostly through marriage with a plant or an animal. When a person has facial deformities, he/she is said to be possessed by evil spirits, which can be cured by marrying them off to animals like a dog and plants like the banana tree before an actual marriage with a human being. Sometimes, this is also done to appease the rain gods. Such ceremonies take place all over India from time to time, mostly amongst the lesser educated sections who hold such beliefs.

Get on your exploring shoes and unveil the mysticism this beautiful country has to offer!