How To Trek To The Everest Base Camp: A Beginner’s Guide

The highest place on earth, the mighty Mount Everest, is considered to be one of the deadliest climbs of all summits. Climbing this magnificent snow-capped beast was considered impossible. But, after the first climb by Sir Edmund Hillary and Tenzing Norgay, Everest has become more doable over the years. With the advent of expedition organizers, getting to the base camp of the peak is an achievable task for anybody with the right fitness and determination.

In the past 5 years, almost 40,000 people have trekked to the Everest base camp! Some via Lukla and others via the more scenic Jiri, but everyone has definitely spent time at Namche Bazaar to soak up the local vibe and acclimatize themselves to the high altitude life.  Here’s a few of the how’s and when’s for you to get a closer glimpse of the mountain! Here’s an amateur’s guide on how to trek to the Everest Base Camp. Keep going! How to get to Mount Everest Base Camp?

The first stop is Kathmandu, the capital of Nepal from where there are two possible routes to the base camp.

1. Via Lukla : This is the most common route people take to get to the base camp and there are regular flights between Kathmandu and Lukla. The Lukla airport has one of the most dangerous runways in the world located towards the edge of a cliff with an inclination. The flight is not the most comfortable and often feels straight out of an Indian Jones movie! Once at Lukla, trek to Namche Bazaar; the last major settlement before the base camp. 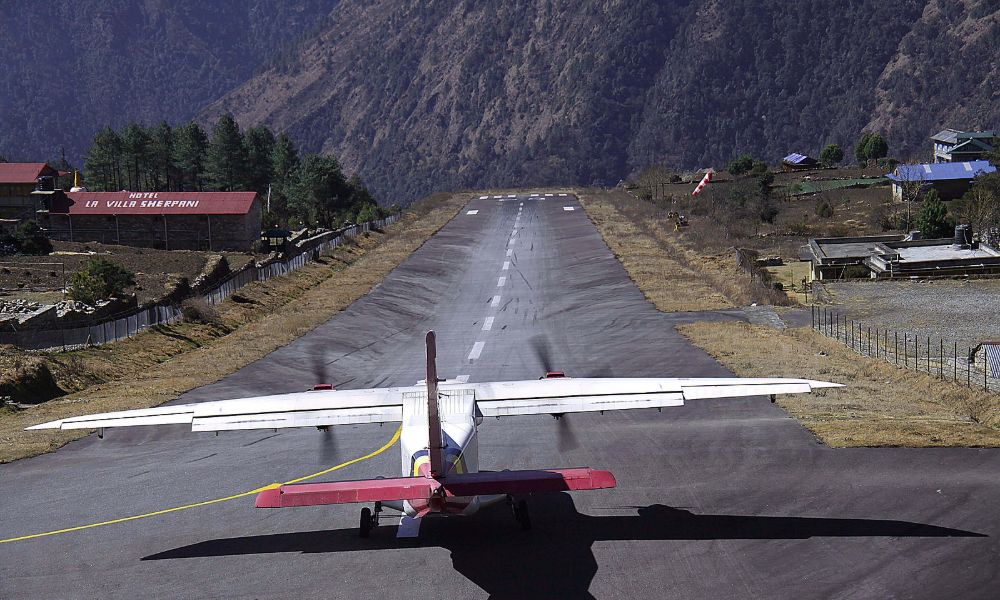 Via Jiri : If you’re the adventurous kind and love hiking, take a bus from Kathmandu to Jiri. Once at Jiri, the route is pretty straightforward as every road leads to a village connecting Namche Bazaar, over an 8-day hike. This route is comparatively arduous but scenic and perfect for a pleasant time over some tea with the locals, far away from the crowd. 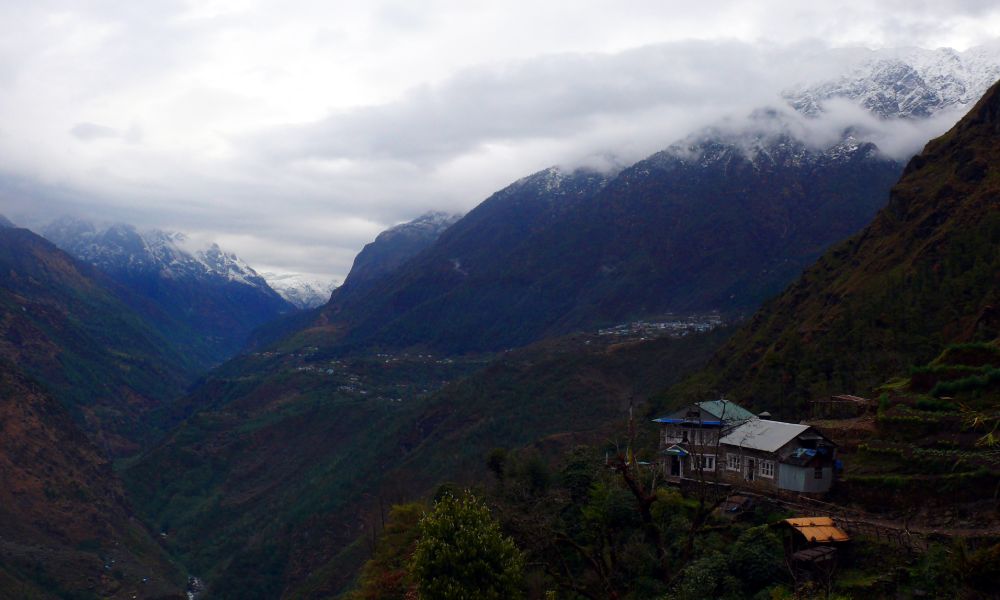 The Trek from Namche Bazaar

The path is pretty straightforward from Namche Bazaar as you’ll be joined by numerous trekkers to the base camp and if lucky, some summiteers too. Don’t forget to spend a day or two to get acclimatized to the higher altitudes or you might regret it later.

From Namche, it’s a 3 days trek to Periche and the trail passes through the scenic villages of Tengboche, Pangboche, Dingboche. Spend your time in Periche resting, acclimatizing and generally chilling with the simple, homely village folks. Carry on from Periche to Lobuche and ultimately to Gorak Shep, a 2-day journey. Gorak Shep will serve as the final resting point before the trek to the Base Camp and from here you get a glimpse of the majestic beast! You’ll now be at an altitude of 5380m/17650 ft above sea level which is about 3.5 km shy of the peak! The whole trek from Lukla to Base camp and back can take anywhere between 17 – 21 days. Should I hire a Guide for my trek to the Everest Base Camp?

Traveling solo has its own perks but when in the Himalayas, it’s always advantageous and, quite simply, fun to travel with a Sherpa/guide. In addition to helping someone’s family, you’ll be entertained all the way as the guides are well versed on many Himalayan stories, from history and local culture to the flora and fauna the place has to offer. A guide typically costs between INR 2000 – 2500 a day. It’s best to get a guide from Tengboche/Pangboche

What is the best time to trek to the Base Camp?

The best time to visit the Base Camp is around early summer i.e. March – May or early winter i.e. September – November as any other time becomes too cold and often rainy making it dangerous

Where do I stay on the way?

Every village on the way offers lodges and hotels but the price goes up with the altitude. Most of the accommodation is quite basic and commands a relatively high price due to the altitude and thus the difficulty in getting supplies

How much will it cost to reach the Base Camp?

It’s judgment time! After all the info and tempting pictures above, money is what it all boils down to. The flights between Kathmandu and Lukla cost around INR 6000 each way. As you get to higher altitudes, basic amenities like food, water and lodging become more expensive. Hiring a guide is another additional cost. Altogether, expect to spend somewhere around INR 45,000 – 60,000 if you’re taking the Kathmandu – Lukla – Kathmandu round trip by air and around INR 35,000 – 50, 000 if on the Jiri route.

People around the world travel for a million different reasons: to visit exotic places, mingle with new cultures, catch a Pokemon or to just collect fridge magnets. But to every traveler, trekking has a different meaning altogether. The definitions of fatigue and tiredness take a whole new meaning when one walks through the rocky terrain with their heavy backpacks gasping for breath every 20 steps. Once at the Base Camp, you run out of words to explain the euphoria of being a part of one of the most picturesque and serene places in this world. It is something which you enjoyed only in photos till date. It leaves you impressed in ways you just cannot explain. So pack your bags, grab your boots and trek on for a wonderful life

5 Water Sports in India you should NOT miss!