5 Offbeat Places In Delhi That Will Blow Your Mind Away

The capital city of Delhi has been a melting pot of dozens of religions and cultures since ages.

Be it the early Hindu rulers, the subsequent Mughals, the Britishers who took over or a combination of backgrounds that finally permeated the very soul of the city, there has been a considerable space for anyone and everyone. This diversity brought along different kinds of architectural marvels, cuisines, and textiles that possess a great value. This list though has become longer with the modern times; there are historical marvels on one hand and also some make-shift as well as permanent spaces that add a whole lot to the city’s charm. While some of them are quite popular, there are many that haven’t been exposed much to a traveler or even the locals. Let’s go through some of such places to see in Delhi that is offbeat and interesting:

During the last years of the Mughal era, there resided an Urdu and Persian language poet in Delhi called Mirza Ghalib. Even while living during the volatile events of the Indian mutiny against the Britishers, he created a beautiful world of Urdu writing and recited his ghazals evocatively. The Haveli we speak of was his residence located in the narrowing and bustling lanes of Chandni Chowk.

Now declared a heritage site by the Archaeological Survey of India, the place provides a glimpse into the poet’s lifestyle and also the stunning architecture pertaining to the Mughal era. There is a museum that holds on display his poems, many ghazals, portraits, books, hookah and also a sculpture that was commissioned later by a poet and Hindi cinema lyricist Gulzar. 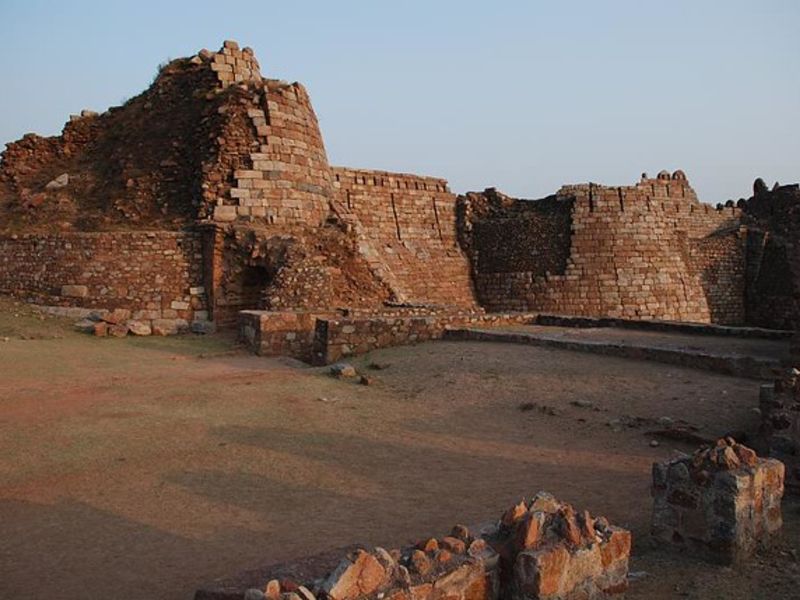 One of the lesser known places in Delhi, Tughlaqabad Fort will make you feel all kind of things with its arid topography, architectural ruins and its juxtaposition in the concrete jungles of Delhi. Built in the year 1321 by Ghiyas-ud-din Tughlaq (the founder of the Tughlaq dynasty), the fort got its initiation immediately after the end of the Khilji dynasty, when the empire of Tughlaqs took birth. The aim for this grand structure was to keep away the Mongol rulers. But eventually, it got occupied later by the Gujjars after a curse was laid down upon it by a Sufi saint called Nizamuddin Auliya.

The present ruins of the fort comprise of certain well-preserved areas like the tomb of Ghiyas-ud-din, 13 fort gates, a strong elevated boundary wall and also an underground passage. The significance of the structure is in it being the last flag-bearer of Tughlaqabad, the third historic city in the making of Delhi. 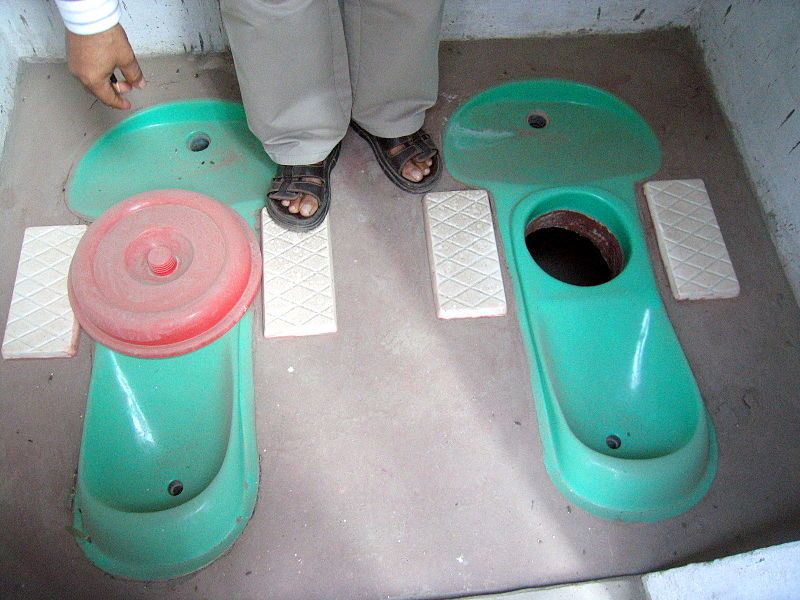 This out-of-the-world museum has to be on the top of the list of the most off-beat places in Delhi. Counted among a few of museums-of-this-kind in the entire world, this place holds on display different kinds of toilets and accessories. Yes, you read that right. Toilets! Finally, we have a place for toilet jokes.

Unlike what it’s supposed to suggest, the place is clean and well-maintained. There is a humongous variety of toilet furniture on display from around the world. Here, you would be able to get an insight into the entire history of toilets, and how the sewage systems, commodes and toilets evolved since the year 2500 BC. Don’t think of it as a sleep-inducing boring history lesson. Things here are explained with a dose of wit and humor to keep them interesting. 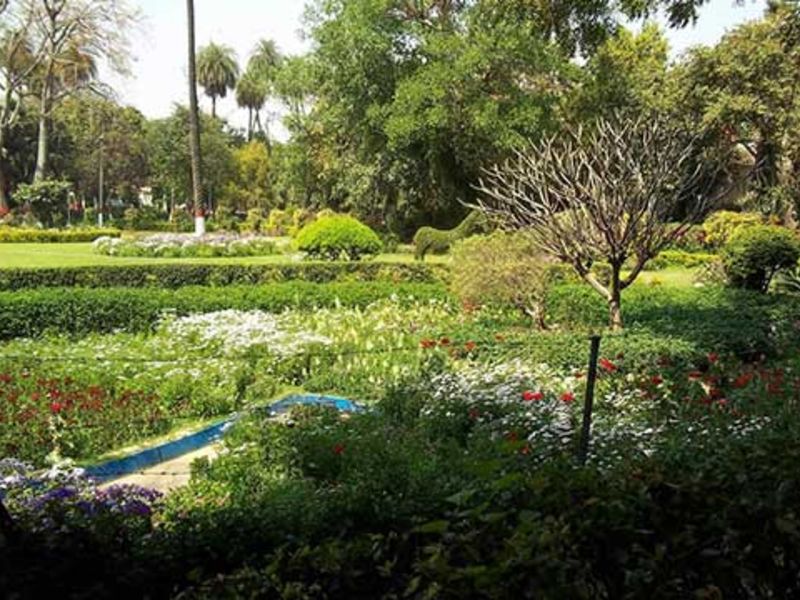 It’s hard to find a traveler or even a local who knows something about this place. Sitting well into the category of lesser known places in Delhi, this well-maintained garden has its root laid in the royalty and lushness of the Mughal times. Built by Roshanara Begum, the second daughter of the Mughal Emperor Shah Jahan (the one who built the Taj Mahal), the garden was laid out in the quintessential Mughal style. When the British took over Delhi, they started an elite club with the Begum’s name in the year 1922. You will be amazed to know that the Board of Control for Cricket in India (BCCI) took its first breath at the very same club.

In the present times, the garden has a raised canal with a wide variety of plants and flowers on both its sides. It also houses a white marble pavilion built in the memory of the princess Roshanara (died. 1671) who lies buried there. Considered as one of the biggest gardens in Delhi, the place is well-maintained and newer varieties of plants even get imported every year from countries like Japan. There is also a lake which receives a plethora of migratory birds during winters. 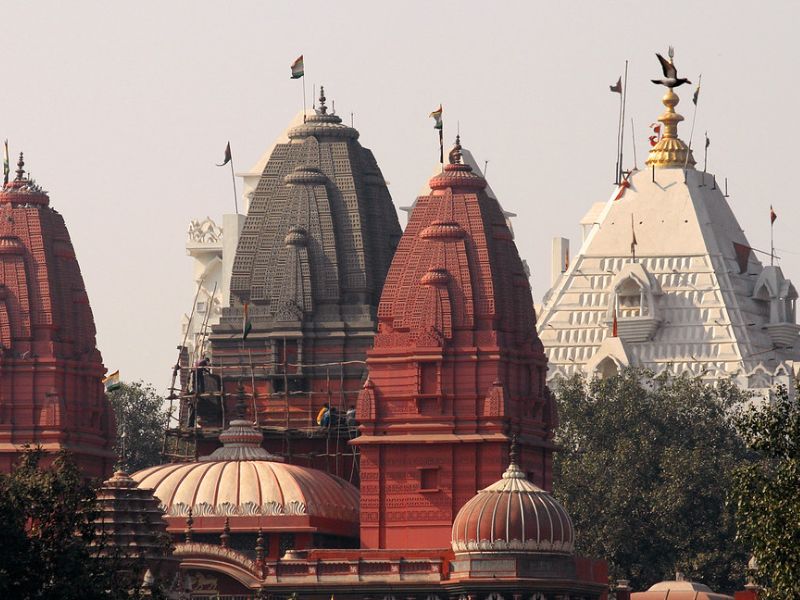 Talking about the unusual things to do in Delhi, visiting a birds’ hospital might not come on anyone’s list. But getting to know a little about this particular hospital, you will definitely want to pay it a visit. This hospital is not like a usual animal/bird hospital. It is located inside a temple, that too a very old Jain temple. Being the oldest and the best-known temple in the entire country, the place stands for the tenets of Jainism, treating the injured and the sick creatures.

The hospital takes up to 60 birds a day and provides all the treatment free of cost. The kinds include parrots, pigeons, crows, koels, mynahs and even the birds of prey like eagles and falcons; the latter only happens in special cases keeping in mind the Jain tenet of the aversion of killing. The medicines and the food mainly come in the form of donations from the well-wishers.

If willing to come down to this place, try to make it a Saturday; this is when a part of the hospital’s roof is opened up and the healthy birds are set free.

Delhi has something in store for everyone. It’s only a matter of curiosity and a willingness to go beyond its rough hard exterior. Once you do that, you will find a never-ending list of off-beat places in Delhi that are worth your time and efforts.

Tags: offbeat places in delhiplaces to see in delhiunusua things to do in delhi
Share56TweetShare