5 MUST Do Things in the Blue City

When you are traveling in India for its rich culture and history, Jodhpur becomes a must-visit on our list. Jodhpur, the blue city, spread over an area of 78.6 square kilometers, lies in the blue maze. Founded in the year 1459 by Rao Jodha, it’s the second-largest city in Rajasthan; appropriately named after its founder. Here are the top 5 MUST do things in the blue city : 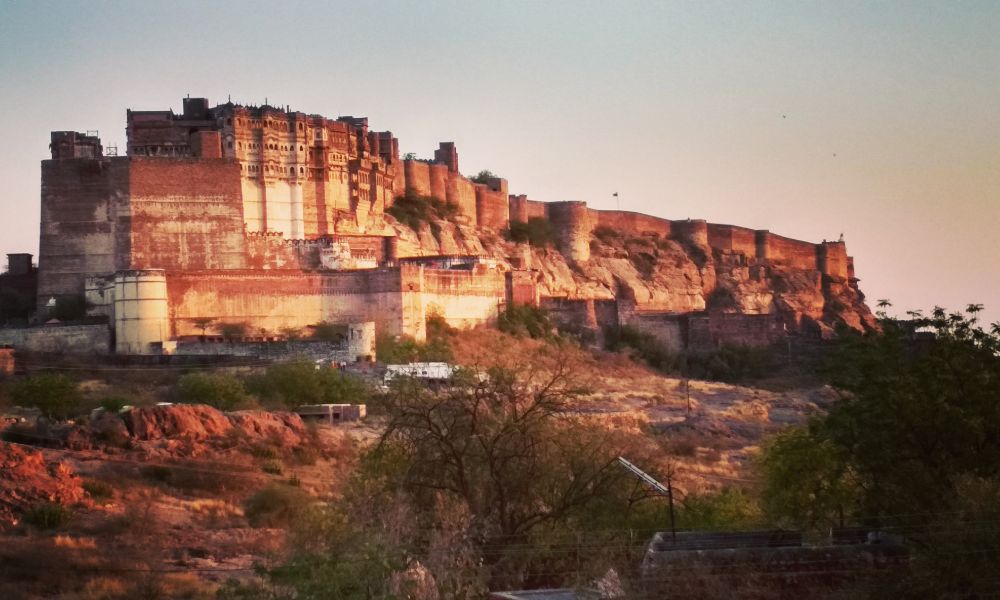 Mehrangarh, one among the largest forts in India is the main attraction. It overlooks the walled blue city at a height of 400 metres. Even though the forts’ construction started in 1459, it took centuries for it to be completed. Thereby, the architecture of the fort is a reminder of the seasons and cannon ball attacks the city has gone through.The sturdy fort is also known for its exquisite latticed windows, carved panels intricately decorated windows and walls of Moti Mahal, Phool Mahal and Sheesh Mahal. The blue color of the city isn’t without reason. Jodhpur has over 100 step wells hidden away in its many narrow lanes and has a highly developed water architecture to face the problem of excess. The Toorji Ka Jhalara –step well is another tourist destination frequented by those looking for shade and symmetric patterns. Jodhpur has the unique distinction of not only maintaining these structures well but also using the water for domestic and recreational purposes; unlike other step wells in India that are going extinct.

3. The Mystery Behind the Blues 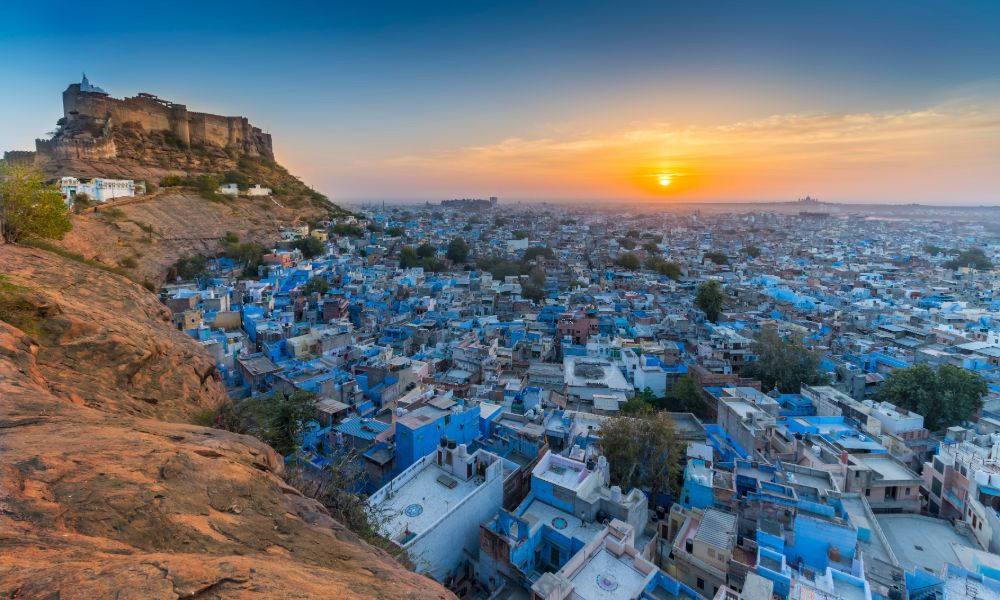 The blue color paint all over the city is a mixture of limestone and Copper Sulphate with water and applied directly to the walls of the houses. Thereby, imparting copper sulfate’s ‘Rich Blue’ color. Apart from many reasons people state for the choice of color, the most efficient one is the blue color as it reflects most of the heat. Thereby, it’s populace shaped a paradise in the heart of the heat and sandstorms of Rajasthan. 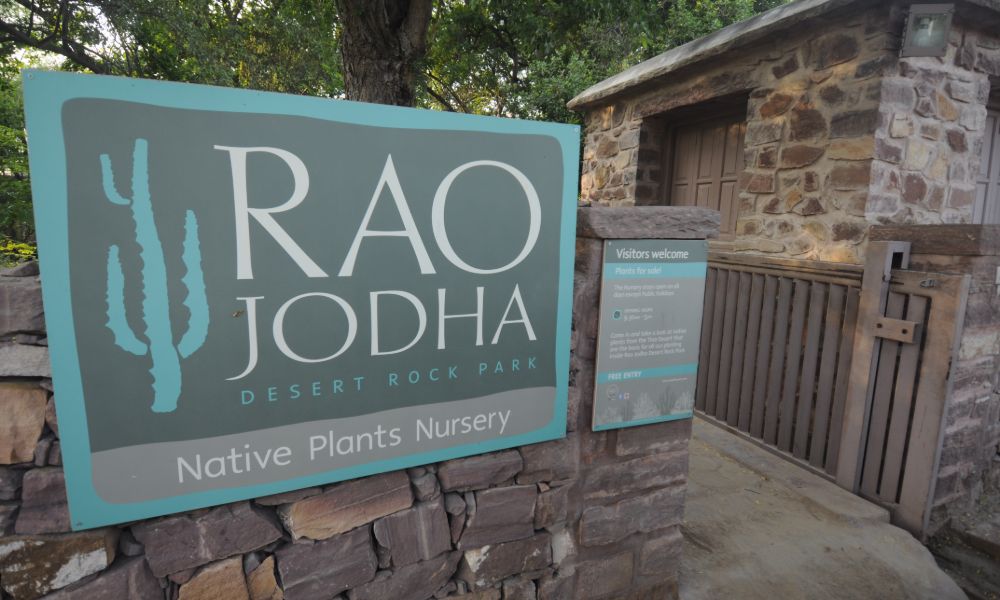 Rao Jodha Desert Rock Park is your nature-calling. 40 minutes to 2 hours walks/routes will take you back in time, away from the bustle of the machines and closer to the lushness of the desert themed park. When you come out of the park, all mesmerized, a spectacular view of the Mehrangarh fort will capture a moment for the rest of your life. 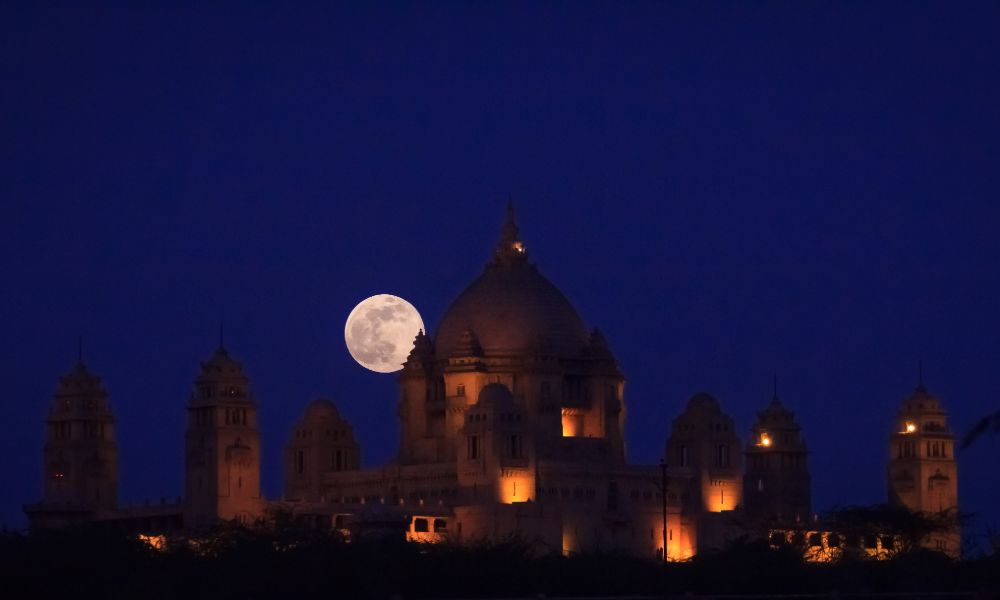 Umaid Bhawan, a major tourist attraction is situated on a hilltop, 3km southeast of the old city. The current royal incumbent, Gaj Singh II, still lives in part of the building. Casual visitors are not welcome at either the royal residence or the hotel. But tourist can visit the museum showcasing the elegant art deco design of the palace interior with a bizarre collection of rich clocks. Also, DO NOT miss the Maharaja’s highly polished classic cars, displayed in front of the museum.

How many of these have you ticked off of your list? Tell us in the comments.

How To Trek To The Everest Base Camp: A Beginner's Guide