Aarti At The Varanasi Ghat

Ganga Aarti is a must-do for every visitor to Varanasi and for good reason. It’s a splendid mixture of chants and multi-tiered fire lamps. A photographer’s dream – as it is highly unlikey to take an unpleasing picture. Anyone planning a trip here would already have seen images of the beautiful lamps and their attractive bearers. However, there is always something which images can never capture and one should travel to Varanasi to experience. It has never been quite as true that the journey matters as much as the destination, as it is here.

The Boatride: From Devotees To Hippies 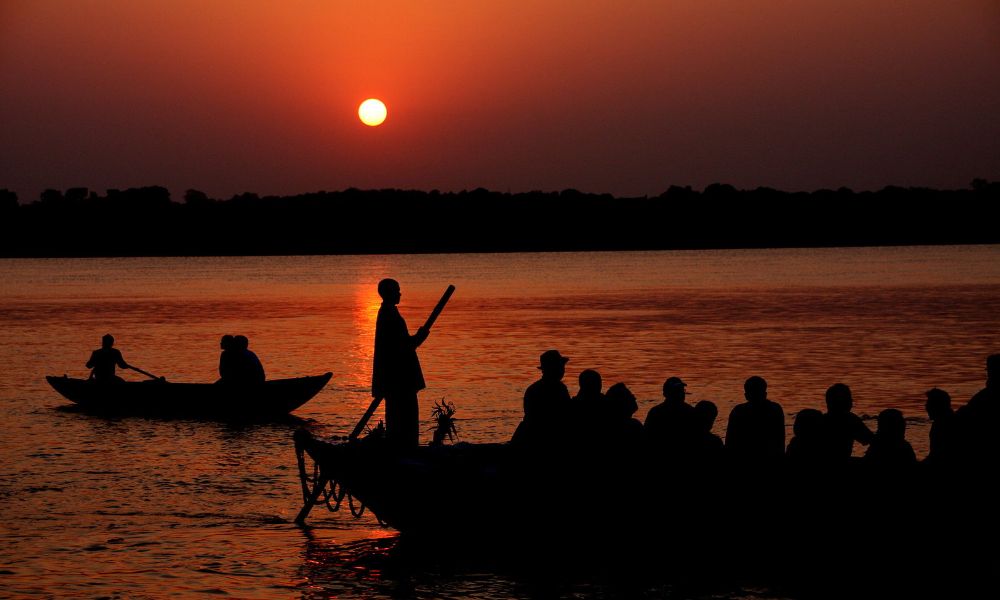 The journey to experience the Aarti usually starts with a boat ride towards Dashvamedh Varanasi Ghat. If you are as lucky as I was, your fellow travellers would be a diverse mixture from the devout to the backpacker. It was evident from the shouts of ‘har har gange’ that each one of us was an outsider. Because no self-respecting Banarasi can be induced into invoking anyone but Mahadev. No matter what the occasion, or for that matter be caught experiencing the Aarti from a boat, and the occasional camera flash that lights up the twilight scene.

Fascinating Moment During The Boatride 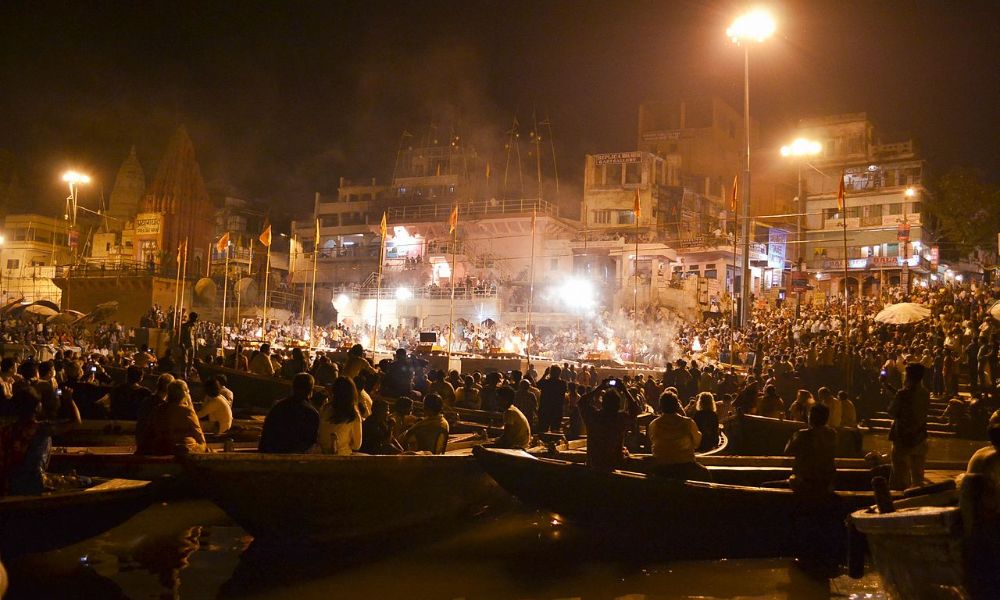 The boat moves towards its destination as the sunlight fades. Sunset is the Aarti time. There are many other barges full of people trying to take in the quintessential Varanasi experience near the ghat. This is when the real fun begins. The boatman starts announcing for everyone to keep their hands off the sides of the boat to keep them from scraping against the hull of another boat. It is a commonsensical thing but something that requires the constant vigilance of the boatman.

A Lil’ Push To The Photographers

The Aarti begins and with it, the frenzied hopping of the camera-bearers to capture what has been photographed a million times. Searching for angles and heights in search of elusive originality, much to the chagrin of the disinterested and the devout alike. The taller ones think it to be an especially opportune time to flaunt their proximity to the heavens by standing up and blocking the view of all the others seated behind them. While someone gently reminds them how uncustomary their height is for India, flattering them even while telling them to really just sit down. The more adventurous ones try to hop from one boat to the other in a bid to get a closer view of the Aarti, resulting in more delightful exchanges, and some insults.

Then there is always the token environmentalist who points to the boy selling floating candles in a tin foil Katori of the hazards the foil poses for marine life. And the cheeky boy promises to bring leaf katoris.

While a first-timer looks around sheepishly for the opportune moment to light the floating candle and set it afloat, most people enjoy the music, keeping time with their hands or feet. All of this is set to the mesmerizing spectacle of the Aarti and becomes a point of convergence for much more than the ritual that attracts the people.

While some may argue that there is nothing spiritual about the Aarti because of how choreographed it has become, it seems that the spirituality lies somewhere outside the ritual.  Sitting on the boat, seeing so many different people with different reasons to be there, interacting in a shared space, in an often chaotic but never an unfriendly way—it all instils in one an immense sense of calmness in this mad city.